“Capitalism, defined as an unrestricted free market, is innately virtuous. I suppose it’s possible to succeed in a free market without virtue, but it’s unlikely. People—absolutely everybody—prefer to associate with and do business with virtuous people. People who are trustworthy, loyal, helpful, friendly, courteous, kind, cheerful, thrifty, brave, and clean. That’s the official list of Boy Scout virtues, although I left out obedience on the grounds it’s not a virtue, and reverence, which is questionable. Irreverence is much more worthy… Add in classical virtues like courage, fortitude, generousity, honor, foresight, prudence, hospitality, thoughtfulness, and patience. Disregard the faux virtues of faith, hope and charity—they’re really moral flaws.

In a totally free market, the most productive people, the people who create the most value for others, are rewarded. The ones with bad habits live under bridges and die young. Justice is another virtue I believe in, and it means that people should get what they deserve. Fascism, which rules the world today, is unjust because the people who are politically connected—not necessarily economically productive—do best.

Capitalism brings out the best in people. Socialism encourages every possible vice. But people have been trained to believe exactly the opposite.”  – Doug Casey

Backdrop: Government has taken over the economy, moved it toward heavy regulation and socialism, and adopted a moral code of self-sacrifice. John Galt, whose name has been talked about the entire novel, but people don’t know who he is, has gotten all the big entrepreneurs in society together and they have gone “on strike” and have all disappeared to a new community.

For twelve years you’ve been asking “Who is John Galt?”

This is John Galt speaking. I’m the man who’s taken away your victims and thus destroyed your world. You’ve heard it said that this is an age of moral crisis and that Man’s sins are destroying the world. But your chief virtue has been sacrifice, and you’ve demanded more sacrifices at every disaster. You’ve sacrificed justice to mercy and happiness to duty. So why should you be afraid of the world around you?

Your world is only the product of your sacrifices. While you were dragging the men who made your happiness possible to your sacrificial altars, I beat you to it. I reached them first and told them about the game you were playing and where it would take them. I explained the consequences of your ‘brother-love’ morality, which they had been too innocently generous to understand. You won’t find them now, when you need them more than ever.

We’re on strike against your creed of unearned rewards and unrewarded duties. If you want to know how I made them quit, I told them exactly what I’m telling you tonight. I taught them the morality of Reason — that it was right to pursue one’s own happiness as one’s principal goal in life. I don’t consider the pleasure of others my goal in life, nor do I consider my pleasure the goal of anyone else’s life.

I am a trader. I earn what I get in trade for what I produce. I ask for nothing more or nothing less than what I earn. That is justice. I don’t force anyone to trade with me; I only trade for mutual benefit. Force is the great evil that has no place in a rational world. One may never force another human to act against his/her judgment. If you deny a man’s right to Reason, you must also deny your right to your own judgment. Yet you have allowed your world to be run by means of force, by men who claim that fear and joy are equal incentives, but that fear and force are more practical.

You’ve allowed such men to occupy positions of power in your world by preaching that all men are evil from the moment they’re born. When men believe this, they see nothing wrong in acting in any way they please. The name of this absurdity is ‘original sin’. That’s impossible. That which is outside the possibility of choice is also outside the province of morality. To call sin that which is outside man’s choice is a mockery of justice. To say that men are born with a free will but with a tendency toward evil is ridiculous. If the tendency is one of choice, it doesn’t come at birth. If it is not a tendency of choice, then man’s will is not free.

And then there’s your ‘brother-love’ morality. Why is it moral to serve others, but not yourself? If enjoyment is a value, why is it moral when experienced by others, but not by you? Why is it immoral to produce something of value and keep it for yourself, when it is moral for others who haven’t earned it to accept it? If it’s virtuous to give, isn’t it then selfish to take?

You know that you can’t give away everything and starve yourself. You’ve forced yourselves to live with undeserved, irrational guilt. Is it ever proper to help another man? No, if he demands it as his right or as a duty that you owe him. Yes, if it’s your own free choice based on your judgment of the value of that person and his struggle. This country wasn’t built by men who sought handouts. In its brilliant youth, this country showed the rest of the world what greatness was possible to Man and what happiness is possible on Earth.

Then it began apologizing for its greatness and began giving away its wealth, feeling guilty for having produced more than its neighbors. Twelve years ago, I saw what was wrong with the world and where the battle for Life had to be fought. I saw that the enemy was an inverted morality and that my acceptance of that morality was its only power. I was the first of the men who refused to give up the pursuit of his own happiness in order to serve others.

To those of you who retain some remnant of dignity and the will to live your lives for yourselves, you have the chance to make the same choice. Examine your values and understand that you must choose one side or the other. Any compromise between good and evil only hurts the good and helps the evil.

If you’ve understood what I’ve said, stop supporting your destroyers. Don’t accept their philosophy. Your destroyers hold you by means of your endurance, your generosity, your innocence, and your love. Don’t exhaust yourself to help build the kind of world that you see around you now. In the name of the best within you, don’t sacrifice the world to those who will take away your happiness for it.

The world will change when you are ready to pronounce this oath: 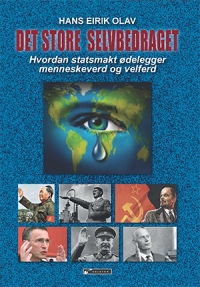